Ag borradh: Gaelic. Quivering life about to break forth

This is one of my favourite times of year. Much like the anticipation of a holiday is often better than the event itself; it is those subtle hints of Spring that nurtures the soul. After the deep dark depths of winter and the Christmas lights have been long packed away, the glimmer of hope a small candy-coloured crocus can evoke is tremendous.

That is what the season of Spring is: Hope. It is hope of new life, new beginnings; just like the poet Ted Hughes celebrating the return of the swifts: ‘They’ve made it again/Which means the globe’s still working/the Creation’s/Still waking refreshed, our summer’s/Still all to come’.

It is easy to forget the magic of winter. It is an insular time; one to reflect and go inward – just like the plants in our garden that mostly vanish from the surface and nourish their roots. The dormancy above the surface conceals the seeds we’ve sown for warmer days. Those seeds are now preparing to emerge. 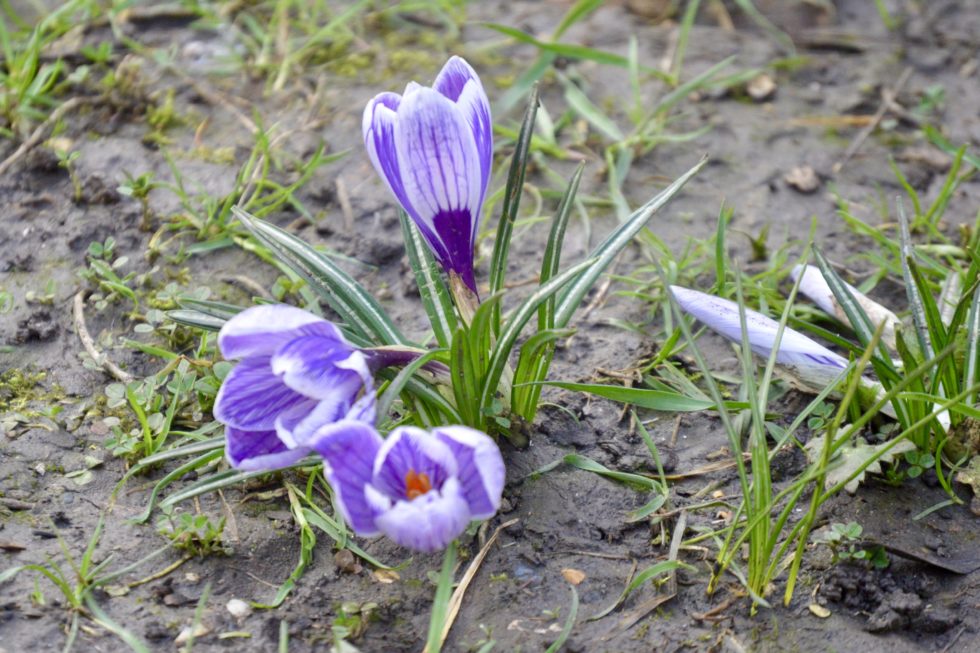 Candy-coloured crocus – one of the first signs of Spring approaching

Now we wait. We wait for those glimpses of Spring; the tantalising tease of warm sun; the snow drops; the daffodils; even the brave tulip has begun to poke up through the soil reminiscent of Mel Gibson’s William Wallace on the battlefield telling his troops to ‘Hold … Hold … Hold!’

The mild weather has encouraged early flowering, over-zealous bird-nesting, and gardeners keenly sowing seeds. It is easy to be caught out by Nature; following a few weeks of sunshine and clement weather, the hard frost hits, the winds sweep through taking whatever it can in its wake, and torrential rain flattens the brave bud.

Despite the weather, it is a busy time for wildlife. Birds are singing to attract mates and establish territory; I’ve heard my first pair of tawny owls calling each other just the other day. Woodpeckers are drumming on trees and the dawn chorus makes the early mornings worth getting up for. The robins and thrushes are usually first to initiate the song – but we start to be blessed with the dunnocks, the wrens … All trying to get their voices heard. The English naturalist, Gilbert White wrote in February 1774: ‘Skylarks mount and essay to sing. House sparrows get in clusters and chirp and fight. Thrushes whistle’. 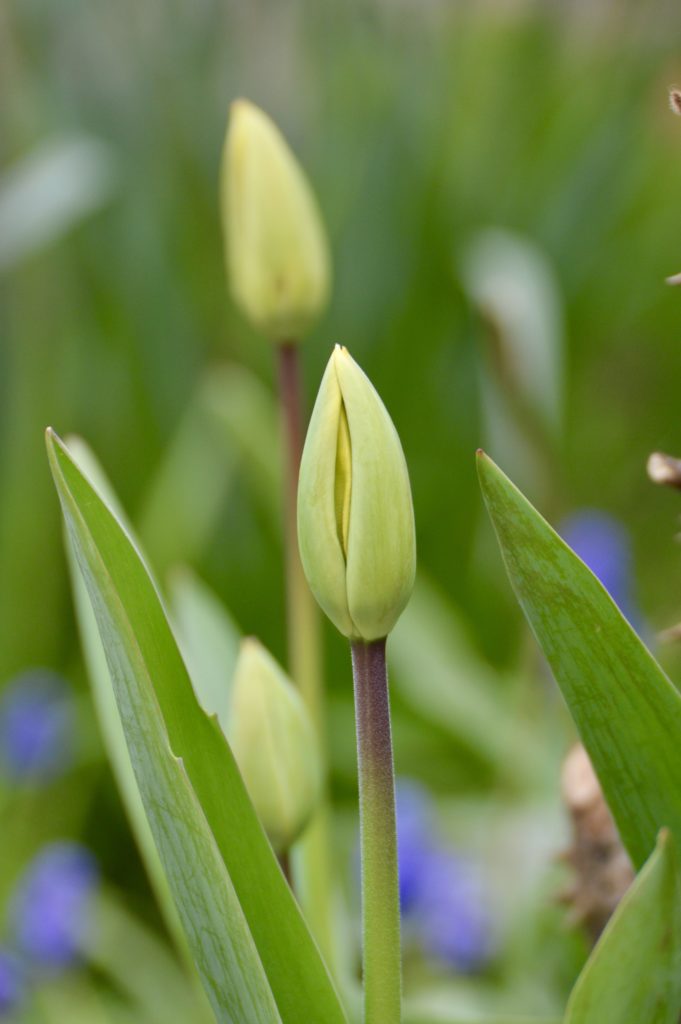 One of the first flowers to break cover after winter are the snowdrops. The scientific name is galanthus, which translates as milk flower and are traditionally associated with hope and purity. Many significant snowdrop sites in the UK are linked to former religious institutions; Norman monks who were convinced of the plant’s medicinal properties planted them in vast numbers. In addition, soldiers who fought in the Crimean War were so entranced by snowdrops that they brought them home to plant in their gardens.

It isn’t just birds who are feeling frisky, foxes and their night-time yelping have been a staple soundtrack for the last month. Now it becomes a little more peaceful as the pregnant vixens search for a suitable den. Her chosen sites could be under sheds, on waste ground, or a hole in a hedge. Care should be taken now when doing any extreme maintenance to the garden – not just for foxes, but also for the ever more vulnerable hedgehog. Our poor hogs have been in severe decline over the past decade and a lot attributed to a Nation’s obsession with tidy gardens – and, of course, the careless use of a power tools. I’ve been unfortunate to find a hog in my own garden who’d been victim of a neighbour’s strimmer. Despite the local rescue’s best efforts, it did not survive. Also the use of pesticides, slug pellets, enclosed fencing, parasites, loss of food sources and hedgerows have all contributed to this little prickly mammal’s demise. Now, they are waking up from hibernation: hungry and thirsty, they may need some assistance. Whenever I think of hedgehogs, I think of the evolutionary concept of ‘ghost species.’ A ‘ghost’ is a species that has been out-evolved by its environment, such that, while it continues to exist , it has little prospect of avoiding extinction. Ghosts endure only in what conservation scientists call ‘non-viable populations’. While our native hedgehogs are not currently ghosts, they are heading that way. A further blog post to follow on how to help our hogs.

So, as the days get longer so does the garden job list. Apple trees need pruning, late-flowering shrubs need cutting back, hedges trimmed before bird nesting season, compost turning, weeds to pick, planting bare-root hedging, clean and top-up bird feeders, put up nest-boxes, begin to feed plants, mulching, repot aquatic plants, and prepare perennials for the new season … it’s an ongoing list that only grows vivaciously much like the buddleia I’ve recently hard-pruned.

The wait won’t be long. The Celtic Revival poet and writer, Fiona Macleod, called Spring ‘The Green Fire’: D.H. Lawrence wrote that it ‘…bursts up in bonfires green’: Spring is sitting in the wings. Despite threatened snowfall, gale-force winds, and knee-deep flooding – it’ll be here soon enough. 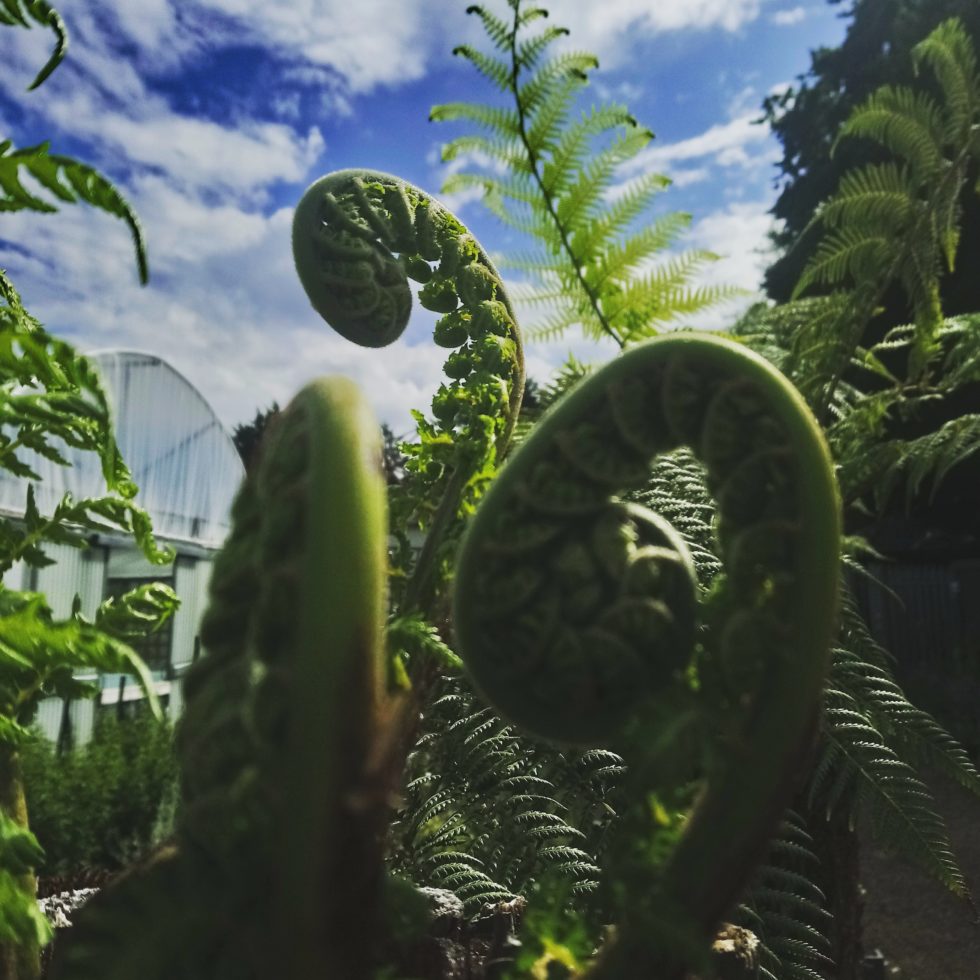